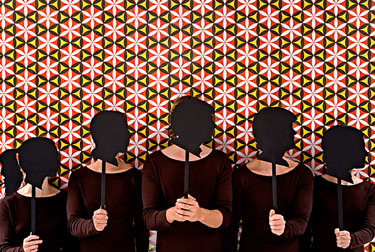 After months of buzz and build-up, Fol Chen released its debut on February 17. And the L.A. electro/funk collective finally proved what we had suspected all along: The band knew how to dance. Even though Part 1: John Shade, Your Fortune’s Made (Asthmatic Kitty) is only two weeks old, Fol Chen has already followed up with a Liars-warped version of album standout “Cable TV.” Combining a funky sitar track and spacey vocals that descend into full-on freakout halfway through, “Cable TV” leads us to the following conclusion: Fol Chen + Liars = pure pop magic.