For the Handsome Family, upcoming album Honey Moon—a collection of love songs due April 14—is a startling left turn. The husband/wife duo of Brett and Rennie Sparks still deals in spectral bluegrass and noirish folk forms on its ninth album, but gone are the ghosts and murder ballads that had painted them into a gothic-Americana corner. (Trust us, the album is still plenty weird. Love is weird.) The Handsome Family is guest editing magnetmagazine.com this week. Read our Q&A with Brett and Rennie about Honey Moon and a host of other topics. 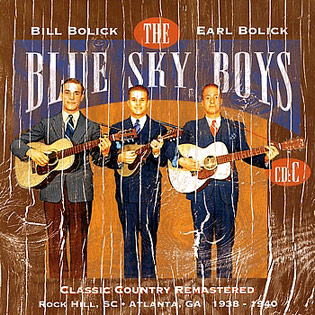 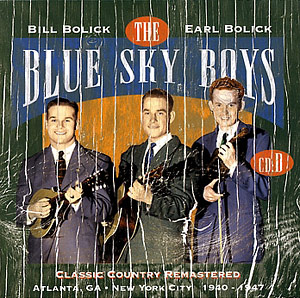 Brett Sparks: The Blue Sky Boys are the saddest group in the world. Bar none. Once I saw a dog get run over by a truck while the song “Tramp On The Street” was playing. I was very hungover and rushing to the Dublin airport. I still can’t shake that feeling. The Blue Sky Boys consisted of the brothers Earl and Bill Bolick. There is something so plaintive abut their harmonies; they must go straight to the heart. After enormous success in the ’30s and ’40s, RCA asked them to play with an electric guitar. They refused and stopped recording. Frustrated with the changing musical climate, the Blue Sky Boys retired completely in 1951.

“Tramp On The Street:
https://magnetmagazine.com/audio/TrampOnTheStreet.mp3

This concludes “Handsome Family Week” here at magnetmagazine.com. Thanks to Brett and Rennie for writing about some really cool  stuff. Go to the store and buy all their records and Honey Moon when it comes out April 14.