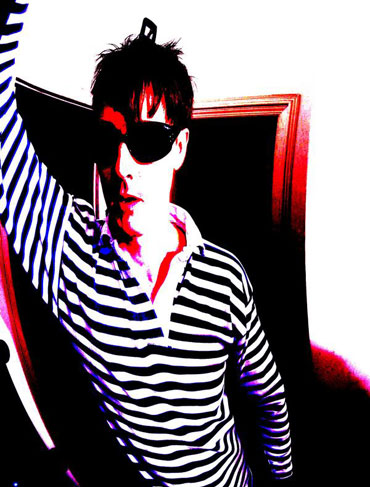 Britta: Why? Because they’re back on tour and they were the best band I saw at last year’s All Tomorrow’s Parties! Spectrum is Sonic Boom‘s band. Sonic was in Spacemen 3 before he went on to form Spectrum. I was a big fan of both bands when I lived in London back in the early ’90s. I really got to know Sonic around the time Dean and I made our first album together, L’Avventura. Sonic really liked it and offered to do some remixes for us. We jumped at the chance and the result was the Sonic Souvenirs EP, which came out beautifully. (Sonic Souvenirs is out of print, so we included a few tracks on our re-release of L’Avventura.) Since then, we’ve gotten to know Sonic very well. He’s been our houseguest when he comes to New York and vice versa. He played on Back Numbers and he’s played with us live. Last September, I got to see Spectrum for the first time when they opened for us at the Knitting Factory. I was totally blown away. So much so that I caught a ride with them to the ATP festival, where they were playing the next night. Spectrum was the best band I saw there. (I heard J Mascis said the same.) Sonic has one of the coolest and most original voices, and his band is primal and truly exciting. It is rare and thrilling to see a friend transform into a rock star.

4 replies on “From The Desk Of Dean & Britta: Spectrum”

Did I miss the truly exciting part of the song?

[…] their guest editor sojourn at Magnet Magazine’s website Britta has taken the opportunity to sing the praises of Sonic Boom and Spectrum. I was totally blown away. So much so that I caught a ride with them to the ATP festival, where […]

[…] Records are supporting Sonic Boom’s Spectrum at the Mercury Lounge in NYC this evening. In a post about Spectrum as part of the Dean & Britta’s week of guest editing the Magnet website last week it was […]