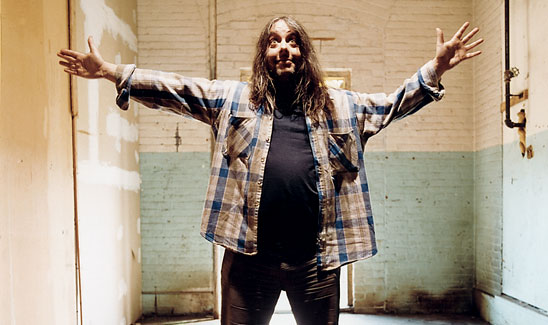 :: THE BEVIS FROND
Son Of Walter // Woronzow/Flydaddy, 1996
When Nick Saloman first emerged from his Walthamstow, England, inner marshland as the Bevis Frond in the late ’80s, he was a one-man band of no mean psychedelic prowess, self-releasing records on his own Woronzow label. He eventually ceded some of the musical duties to a trusted inner circle, although for his 14th album, he reverted to his old working methods. Son Of Walter’s sleeve proudly read, “Written, played, produced & designed by Nick Saloman.” By then, fans understood his yin/yang approach to songwriting; a little bit of Byrds jangle and Hendrix overdrive will get you far. Yet that doesn’t really do Walter justice. For amid these 80 minutes lurked neo-ambient soundscapes, merrye-olde folk strums and moody slices of noirish pop. OK, so there was also a 12-minute guitar freakout that sounded like it was nicked from Electric Ladyland. (Hey, old habits die hard.) But in its intimacy, elegance and diversity, Walter represented all that was cool about indie rock circa 1996.

Catching Up: Since Walter, Saloman has issued six Bevis albums (the most recent being 2004’s Hit Squad) and a number of records by side projects.

4 replies on “Lost Classics: The Bevis Frond “Son Of Walter””

Magnet: Stop raiding my CD collection!
I got this as a birthday present from a friend shortly after it came out, and I still play it regularly. Definitely a classic, and I’m surprised more GBV fans don’t get into the Bevis Frond. There is a similar lo-fi aesthetic, along with the classic rock hooks and sweeping melodies.

Actually- Nick Saloman doesn’t come from anywhere near Walthamstow!!!! I think he moved into the area in the 70’s – and comes from Basingstoke or somewhere – he’s defiinitely not from The Stow!!

Uumh – I think that Nick is not from my hometown of Walthamstow – as I don’t remember him as being from there in the 60’s – I think he’s from Basingstoke or somewhere!!…… He only moved into the area in the 70’s (but I guess that trying to make out they are from E London maybe gives his band more credence!)

Nick’s from West London – definitely not Basingstoke. All those QPR references!