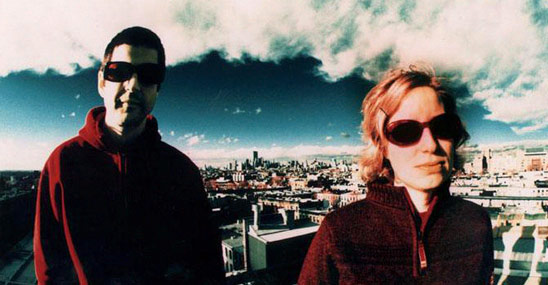 :: BOWERY ELECTRIC
Beat // Kranky, 1996
Though U.K. critic Simon Reynolds pointed to New York City duo Bowery Electric as a prime example of American post-rock back in ’95, the long view is somewhat skewed. Bowery principals Martha Schwendener and Lawrence Chandler never noodled around with the jazz or dub accents that later defined post-rock paragons such as Tortoise and the Sea And Cake. Bowery Electric wrote long, lingering compositions with murky bass, keyboards and vocals; the beats resembled a metronome heard through a thick fog. The haunting ambience of Beat fit somewhat with the then-popular Massive Attack and Portishead, but the album’s subsonic drone made it more of a minimal mood piece than a collection of songs. Still, when the beat is isolated to its murmuring bass vibrations on “Without Stopping,” it’s as astonishing a trick as anything DJ Shadow ever pulled.

Catching Up: Chandler is a composer/visual artist; Schwendener is an art critic.