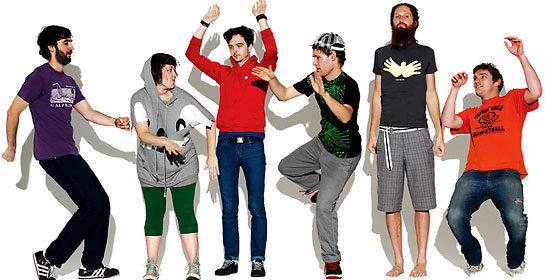 Melbourne multi-instrumentalists Architecture In Helsinki are studio-bound in the next few months to record the follow-up to 2007’s Places Like This. In November, the group issued the That Beep EP. Download or stream the title track below, which glances sideways at the kind of ’80s synth pop/R&B that always makes us think of the Beverly Hills Cop soundtrack. (Not to get too off topic, but while confirming with BHC‘s Wikipedia page that “Neutron Dance” was indeed on the film’s soundtrack, we have to ponder the alternate universes in which Sylvester Stallone or Mickey Rourke were cast as Axel Foley instead of Eddie Murphy.)