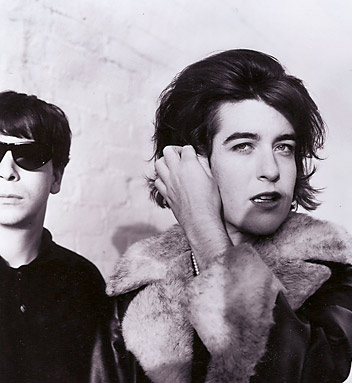 Boy meets girl. Boy and girl do not fall in love. Instead, boy and girl start a band. The duo of drummer Scott Plouf and singer/guitarist Rebecca Gates carved out a sweetly rocking niche for themselves, hovering somewhere between the indie diddlers and grunge dudes. With sophomore album Strand, the Spinanes transcended their ragged Northwest-indie roots and gave Gates’ smart songwriting a dreamy, atmospheric sheen. (Elliott Smith contributed backup vocals to two tracks.) And bravo to Gates and Plouf for bypassing the tiresome romantic angst and innuendo of certain other co-ed rock duos by keeping things platonic.

Catching Up: After Strand, Plouf joined Built To Spill. Gates moved to Chicago and continued flying solo under the Spinanes moniker, releasing 1998’s Arches And Aisles. She now lives in Rhode Island. Gates issued the Ruby Series EP in 2001 and contributed vocals to the upcoming Decemberists album The Hazards Of Love.

One reply on “Lost Classics: The Spinanes “Strand””

I love this album. Madding is one of the greatest songs of the 90s…too bad they couldn’t have been as popular as the white stripes.