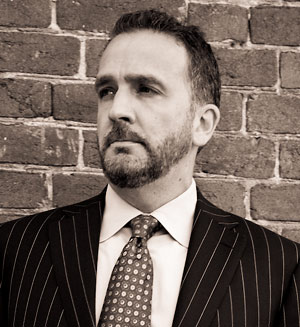 The Big Blowdown / King Suckerman / The Sweet Forever / Shame The Devil
An excellent primer, this series is what I invariably recommend when asked what George Pelecanos material novices should read first. Four books published between 1996 and 2000 known as “the D.C. Quartet” mark Pelecanos’ transformation from a critically respected underground force to a beacon shining through the sometimes daunting and undeniably cluttered realm of mass-market crime fiction. Despite serial rules or what others may see as logic, 1996’s The Big Blowdown can be read before, after or simultaneously with 1997’s King Suckerman, 1998’s The Sweet Forever and 2000’s Shame The Devil. The Big Blowdown, set in the 1940s, is a prequel to the Suckerman/Sweet/Shame trilogy (1970s–1990s), which should not be read out of order.

The Marcus Clay/Dimitri Karras saga is magnetic, full of heart, funny and, in terms of pop-culture references, well, it depends on who you ask. The detailed accounts of what characters listen to, watch, wear, drive and read are seen by some as Pelecanos boasting of his formidable frame of reference. I seriously doubt the author cares about the public’s perception of his record collection. At first, the references are a little jarring and seem unnecessary, but screw the ninnies; I want to know everything about a character’s chosen automobile, record/book collection, clothes and taste in film. These qualities frequently say more about a character than what comes out of his or her mouth, and I challenge readers to find another crime writer before Pelecanos who gave, say, ’80s post-punk/hardcore and record-collecting culture such an attractive voice. Using music as the perfect example, many readers fail to understand that artists now believed to be underground concerns were more populist interests in the ’70s. Listening to Captain Beefheart wasn’t the tastemaking badge it is today; it was a destination for many people who cared about rock music. Great funk was more of a pop-music soundtrack to African-American culture; decades since have transformed it into elitist DJ capital. Pelecanos gets away clear from charges of plot accessorizing, whereas other writers’ work can read like a thrift shop, used record store or local Saturday-afternoon TV schedule vomited all over their books.

In King Suckerman, the black Marcus Clay and Greek Dimitri Karras are living out their 20s in that largely stress-free, good-times agenda supported by record-store gigs and small-time pot transactions, before real life or serious trouble comes calling. The latter is stumbled upon in King Suckerman (they accidentally run afoul of a murderous drug dealer); the former is somewhat of a backdrop in The Sweet Forever and Shame The Devil. Pelecanos’ confident, engrossing treatment of the “amateur detective” crime-fiction sub-genre is part of what makes these books so appealing. Clay and Karras fall victim to curiosity, nerve, tenacity and, later, personal crusades while trying to live life like normal guys. This is good when (licensed) detective crime fiction can be a little jarring for newbies unwilling or unable to suspend enough disbelief so the logic of “He’d be arrested or dead by this point!” doesn’t prohibit the enjoyment.

At the risk of never living down this statement, King Suckerman made me aware of how I carried myself. Literally speaking, it made me want to walk differently. These characters exude balls and moxie as much as they do conflict and bad decisions. To pull this off without an overwhelming silliness or masculinity is no small miracle within Pelecanos’ chosen genre. In each book, the outcomes are never 100-percent positive. In many ways, these stories end at uglier places and certainly with more long-term nastiness than the succession of wrong turns that brought the stories to that point. Which brings me to the violence.

Eight years after reading the book, I still think about a certain car-accident scene in King Suckerman. Pelecanos writes violence like no other. He avoids gratuitous splatter; the mind-shattering pain is palpable and very ugly. Understated and disturbing, the violence in these books is a fact of life rather than a focal point or distraction. My implication is not that these are unrelenting bloodbaths clinging tenuously to a storyline. It’s the other way around.

The Sweet Forever is set in the ’80s and ramps up the music and sports backdrops with Clay as a record-store owner and March Madness as a seasonal time stamp. The depiction of college-hoops star Len Bias’ fatal on-court collapse by way of a cocaine miscalculation is unforgettable as played through character reaction. A sweeping quality of The Sweet Forever is the widening gap between Clay and Karras, the basic theme being responsibility or the lack thereof.

Shame The Devil is a dismal conclusion to the D.C. Quartet. The series ends in a maximizing variation of how each individual novel closes: Things will not be OK. Pelecanos never goes out of his way to impress this point; his style is natural, understandable and believable as opposed to transgressional.

The Big Blowdown is true ’40s period noir, an unapologetic tribute to the classic crime fiction that played a big part in Pelecanos’ decision to write novels. The book’s protagonist is Karras’ father. Readers should never underestimate what it takes to pull off a novel set in a time before the author’s birth. Pelecanos knocks it out of the park. The Big Blowdown is like dialed-down James Ellroy minus the overblown “daddy-o” nature; readers won’t be constantly checking to make sure they’re holding a novel and not a text titled The Mid-Century Scumbag Lexicon. (I made that book up.)

Yesterday, Pelecanos made MAGNET a mix tape; check it out here.

my name is james and i am an 33 year old district resident. Iive off benning rd by spingarn high school in which they call kingman park . i have read drama city , king sfish, and i just finished soul circus . i would like to say as an aspiring writer of d.c. life you hits it out the park every time whether your talking bout moco or pg or dc its always like im riding shot gun with your characters . thank you for letting them know about the district instead of telling them about washington

also iver read the turn around in which i know your talking about ken gar i used to live there when i was young , love those stories

I loved these books. But I gotta disagree with Mr. Earles’ recommendation about the preferred reading order of the quartet. He writes above, “The Big Blowdown can be read before, after or simultaneously with 1997′s King Suckerman, 1998′s The Sweet Forever and 2000′s Shame The Devil. The Big Blowdown, set in the 1940s, is a prequel to the Suckerman/Sweet/Shame trilogy (1970s–1990s), which should not be read out of order.” Shame The Devil contains a 2-page detailed recounting of the events in The Big Blowdown. If you read Blowdown AFTER Shame, you’ll spoil Blowdown for yourself. So, yeah, read Blowdown before the other three (my recommendation), or even after the 1st or 2nd book, but NOT after Shame. This article very nearly ruined it for me.