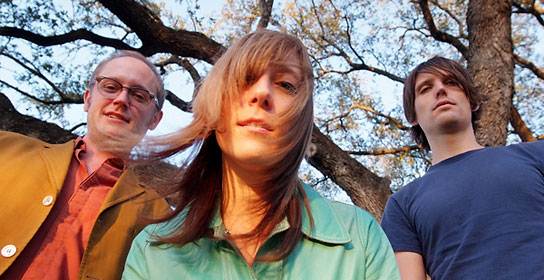 Mitch Myers checks in from Austin:

Since the MAGNET editors have wisely entrusted fellow scribe Corey duBrowa to burrow into the edgier netherregions of SXSW, the pressure is off and I can finally go back to hanging out at four-star hotels and eating three-course dinners. On my way to a dinner at the Driskill Hotel (sadly, only three stars) Wednesday night, I lost my nerve and skipped seeing Echo & The Bunnymen do an unscheduled, early evening concert. Instead, I dropped into The Parish on 6th Street and caught the 73-year-old Doug Kershaw (a.k.a. the Ragin’ Cajun) sawing away on his fiddle and singing his once-famous hits from the early ’60s such as “Louisiana Man” and “Diggy Diggy Lo.” While Kershaw still has loads of talent and a playful manner, his band was lame and the crazy Cajun had to get by on a combination of charisma and indifference.

The Parish isn’t such a bad place to hang out at, and a couple hours later I saw the Black Keys’ Dan Auerbach blaze through an amazing set mostly drawn from his new solo album, Keep It Hid, The band was really tough, Auerbach’s guitar style was most bruising, and the intensity of his live show far exceeded the sounds of his recent recording. After Auerbach left the stage around midnight, the swamp-king himself, singer/guitarist Tony Joe White, followed to close the show. Sadly, Tony Joe had been sitting around backstage drinking all night, and his meandering set was weighed down by distorted wah-wah guitar playing and little else. The guy couldn’t even put together a complete version of “Polk Salad Annie.” I was bummed.

The best thing I saw on Wednesday was a short afternoon set by Heartless Bastards (pictured). Singer/guitarist Erika Wennerstrom is obviously the real deal and has one of the best rock voices to come along in quite some time. Opening with the tough Junior Kimbrough tune “Done Got Old,” she and her band cranked out combustible punk-blues with relentless, dramatic precision. Anyway, where was I? Oh yes, on to the next three-course dinner. Let duBrowa do the dirty work.