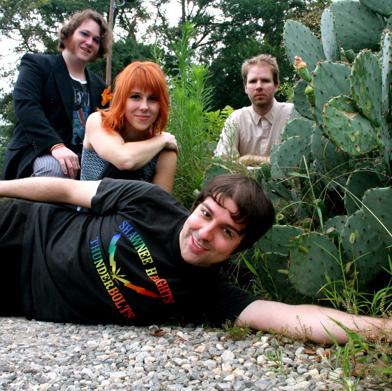 Active under a variety of band names since 1996, Casper & The Cookies seem to be settled with a steady lineup for the May 12 release of third album Modern Silence. The Athens, Ga., quartet led by Jason NeSmith (a.k.a. Casper Fandango) recalls NeSmith’s former band, Of Montreal, minus the constant sex imagery in the lyrics. The Cookies’ brand of power pop is best showcased on new single “Little King,” which shines with bright-sounding guitars and feel-good vocals, while the off-time “Pete Erchick Bicentennial Service Area” has a spastic, trippy feel. The Cookies wrap up Silence with a track featuring 35 musicians, including Bryan Poole (Of Montreal), Robert Schneider (Apples In Stereo) and Vanessa Bricsoe (Pylon).