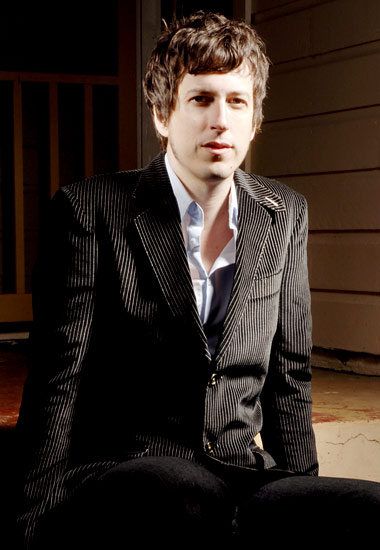 Let’s just say that things got a little lonely last week for music journalists who weren’t in Austin for the South By Southwest festival. The phones stopped ringing. The mail crate was lighter than usual. Emails trickled in from PR interns.

So when senior editor Matthew Fritch began receiving emails from ex-American Analog Set frontman Andrew Kenny regarding load-in times and practice schedules for his new outfit, the Wooden Birds, one man’s autofill mistake (the emails were intended for bandmate Matthew Frank) was another’s ultimate time-waster. We quickly registered a proxy gmail account, pretended to be Matthew Frank and fired off some group emails to our new bandmates. Even though the prank was hastily conceived, poorly executed and ended up fooling maybe one person (not likely), we feel obligated to present it to you:

From: M Frank <mattfrankinthetank@gmail.com>
To: <woodenbirds>
Date: Wed, Mar 18, 2009 at 2:44 PM
Subject: urban outfitters show
pumped to play the urban show tonight! since we’re on at 5, was thinking i’d call ahead and see if they could have a plate of chimichangas ready for us after our set. maybe have them placed in a bag so they stay hot, depending on how long we play. anyone else got a craving? i think they owe it to us. do you guys like mr. pibb?
your bandmate,
matthew frank

From: M Frank <mattfrankinthetank@gmail.com>
To: <woodenbirds>
Date: Thu, Mar 19, 2009 at 2:39 PM
Subject: performance notes from last night
Hey guys – don’t know why they didn’t come through with those chimichangas last night after the show. I definitely made it clear to them. I didn’t make a stink about it or anything, as you probably noticed. I was pretty mad on the inside, though. Let’s just say I “relieved myself” of that anger behind the stage area before we left. Hope the Vivian Girls are getting a good whiff of that right about … now.
Anyway, enough about me. I wanted to get together with each of you to go over some notes I made about the show. Just some criticisms, really. Maybe we can talk about our stage geometry – don’t you think it’d be cool if we played in a single-file line facing the audience? Nobody else does that! It would really make us “stand out.” Let me know when you guys are free – we gotta be ready for Saturday’s shows!
Take it easy – you know I will,
Matthew Frank

From: Michael Bell
To: <mattfrankinthetank@gmail.com>
Date: Thu, Mar 19, 2009 10:33 PM
Subject: Re: performance notes from last night
This is amazing!
M

From: M Frank <mattfrankinthetank@gmail.com>
To: <woodenbirds>
Date: Fri, Mar 20, 2009 at 5:32 PM
Subject: Re: performance notes from last night
What’s not so amazing, Michael, is your commitment to this band. Your drum kit could use 7 or 8 more pieces to really make the songs “pop.” Happy to go over this with you in person when you get a sec. I made a few drawings you might be interested in.
Look, this just isn’t working. I’ve joined the Decemberists. I think. I got up on stage to play didgeridoo with them last night, and nobody said anything, so I’m pretty sure I’m in. Man, that band sure does love Star Wars.
Hasta la vista,
Matthew Frank

From: Chris Michaels
To: <mattfrankinthetank@gmail.com>
Date: Sat, Mar 21, 2009 at 1:08 PM
Subject: Re: performance notes from last night
Matthew,
I’m pretty confused by this string of emails. I’m not sure where the sincerity ends and the sarcasm begins?
I feel lucky to be what I consider to be a Partner in this band from inception to recording to performing.
Matthew, I don’t know you very well, but we have confronted Michael with our disappointment over his commitment to the band. I’m just not sure how harping on an issue which has pretty much been resolved will help us play these last two SXSW shows with as positive an attitude as possible?
Sincerely,
Chris

From: M Frank <mattfrankinthetank@gmail.com>
To: <woodenbirds>
Date: Mon, Mar 23, 2009 at 9:11 AM
Subject: Re: performance notes from last night
Nobody ever really knows anybody else, and that is what makes me sad on the inside. Did you know I love salsa dancing? That my favorite movie is Notting Hill? I once nursed a baby pigeon with a broken foot back to health in my apartment. There’s so much I want you guys to know about me.
SXSW is over, though, so I’m done with these impersonal emails. I got kicked out of the Decemberists after I showed up to a gig dressed exactly the same as Colin Meloy, in a Civil War uniform, but with a cape and a falconer’s glove. He thought I was making fun of him. See you guys at the next practice,
Matthew Frank

hmmm…fucking with a band’s group dynamics during the already hectic bullshit of SXSW. pretty cool…wait, no, that’s actually really uncool.

You had me at “chimichanga”… would have been my reply had I not stayed with an internet-less SXSW host. We were all fooled a little at first. It was hilarious. Still laughing.