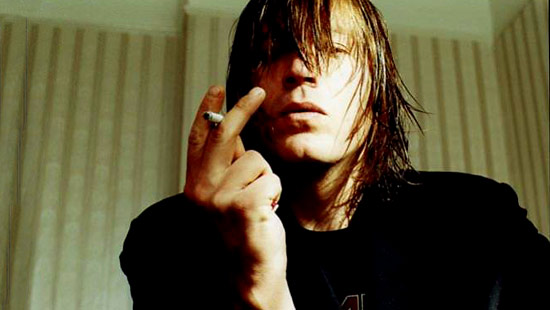 For those of you living under a rock ‘n’ roll, uh, rock, the biggest news that came out of SXSW is that Neil Young‘s highly anticipated (putting it mildly) collection Archives Volume 1 1963-1972 (Reprise) will be released June 2. While there are too many details about formats and whatnot to go into here, suffice to say there are reams of CDs, DVDs, booklets, posters and more. Pre-orders at neilyoung.com will include a free preview version sent out before June 2, along with an exclusive seven-inch single of early songs “Aurora” and “Mustang” … From the sublime to the ridiculous, there’s Varshons (The End), a collection of covers from the Lemonheads (pictured) due June 23. The notion of a covers record in and of itself isn’t silly, and the takes on some of the artists Evan Dando and crew tackle—Leonard Cohen, Wire, Gram Parsons—are probably worth hearing, but did we really need new versions of songs by GG Allin and Christina Aguilera (“Beautiful,” penned by that god-awful 4 Non Blondes woman)? Download “No Backbone” … Elvis Costello‘s upcoming Secret, Profane & Sugarcane will be released by Hear Music on June 2, a big day for new stuff, as you’ll see. Produced by T Bone Burnett during a three-day session in Nashville, it features “I Felt The Chill,” Costello’s second songwriting collaboration with country legend Loretta Lynn … Jenny Lewis kicks off a tour May 27 in support of her second solo record, last year’s Acid Tongue. From the Really? Why? Department, Welcome To Van Nuys, a film documenting Acid Tongue’s recording, is in the can awaiting release. Download “Acid Tongue” … Iggy Pop takes on the language of love—or foreplay, at least—with Préliminaires (Astralwerks), another June 2 bow. Préliminaires, French for “foreplay,” is inspired by Michel Houellebecq’s 2005 novel The Possibility Of An Island … Pandemonium Ensues (E1 Music), the new disc from Squeeze’s Glenn Tilbrook, is out April 7. Tilbrook will embark on a short U.S. tour (seven dates), mostly in the East … Beacons Of Ancestorship (Thrill Jockey), instrumental jazz-noise rockers Tortoise‘s sixth LP, is out June 23. They haven’t been heard from with new material since 2004’s It’s All Around You … More June 2 news: Hombre Lobo: 12 Songs Of Desire (Vagrant), the first eels studio record since 2005’s Blinking Lights And Other Revelations, is out that day. Frontman Mark Oliver “E” Everett recorded the LP in his L.A. studio. Download the demo for “Somebody Loves You” … Funland (Smog Veil), from “supergroup” Unknown Instructors, drops May 12. Among those professing the rock are Mike Watt (Stooges, Minutemen, fIREHOSE), David Thomas (Pere Ubu, Rocket From The Tombs), Joe Baiza (Saccharine Trust, Universal Congress Of) and George Hurley (Minutemen, fIREHOSE) … Oral histories are generally reserved for seminal scenes or artists that have been around a while, but that’s not stopping House Of Anansi Press from chronicling Toronto’s Broken Social Scene with This Book Is Broken, in stores May 16. The book, compiled and written by MAGNET contributor Stuart Berman, is drawn from interviews with the band and others and includes a number of gig posters and photographs.