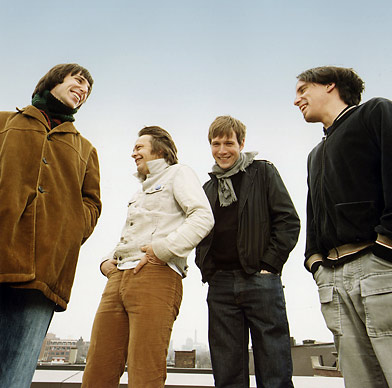 Crawling through shit and mud to be with your beloved and your banjo never sounded lovelier. Like any classic album, Alone At The Microphone existed in its own imaginary world, both lyrically and sonically. Royal City emerged from its basement with dog-eared copies of the Bible and Milton to detail the depths of the spiritually downtrodden; in doing so, the Guelph, Ontario, band set itself apart from its more polite peers, predating freak folk and terrifying the alt-country set. Royal City’s journey through the profane included glimpses of the sacred, a realization achieved with beautiful starlit arrangements that dazzle to this day.

“My Brother Is The Meatman”
https://magnetmagazine.com/audio/MyBrotherIsTheMeatman.mp3