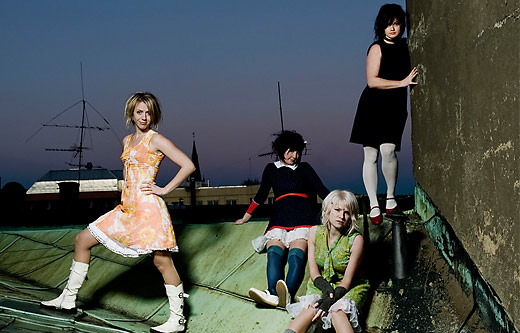 Stringfellow: Katzenjammer, a band like no other, are doing really well in Norway. A brightly colored, instrument-trading, swing/balkan/Texan/Norwegian music ensemble comprised of four women, great singers and players, and their trademark balalaika bass. The DiSCiPLiNES have had the pleasure of playing shows with them several times over the course of our Norwegian tours. They were too shy to speak to the first times, but gradually I got them to join us for dinner, and after a bit of Amarone, they were chatting away. Note: They are the only people I know who could solve the Don’t Break The Bottle puzzle, a sign of great intellect, dexterity and/or desperation for a drink.