:: THE GERALDINE FIBBERS
Lost Somewhere Between The Earth And My Home // Virgin, 1995 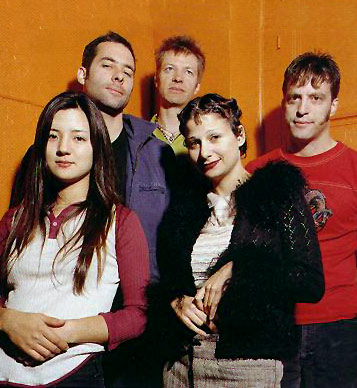 In mid-’90s Los Angeles, there was hardly a more punk-rock thing to do than sprinkle some country influences into your sound. Bands such as Mary’s Danish and X flirted with it, but the Geraldine Fibbers embraced it, pushed it into the gutter and gave it a night to remember. Led by the husky vocals of Carla Bozulich, the Fibbers’ warped alt-country twang haunted the City of Angels like ghosts of California country’s past, full of grinding violin and poisoned tales of junkies, madness and lost innocence. It wasn’t quite what Gram Parsons had in mind, but that was the point.

Catching Up: After enlisting guitarist Nels Cline for 1997’s more rock-oriented follow-up Butch, the Fibbers folded. Bozulich has continued to collaborate with Cline (now a member of Wilco) while pursuing a solo career.

One reply on “Lost Classics: The Geraldine Fibbers “Lost Somewhere Between The Earth And My Home””

[…] shouldn’t need to be told an album could be a novel. So I’m picking the Geraldine Fibbers’s Lost Somewhere Between the Earth and My Home as my “If You Disagree With Me, Write Your Own Damn Guest Post” […]