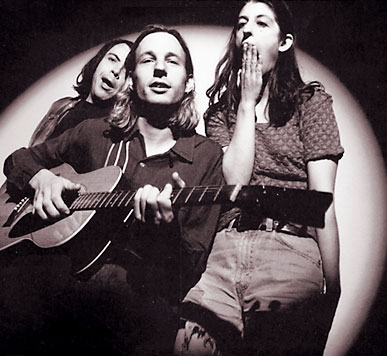 Non-power trio Small Factory—bassist Alex Kemp, guitarist Dave Auchenbach and adorably named drummer Phoebe Summersquash (they all sang)—played prototypical indie rock that was usually catchier, and almost always more precious, than that of its contemporaries. This second LP featured a slightly tougher, occasionally abrasive sound but was ultimately more consistent than 1993’s I Do Not Love You. Given the Providence, R.I., band’s fondness for nakedly confessional lyrics, it wouldn’t be surprising if any number of emo outfits professed a devotion to this honest, compelling record.

Catching Up: 1996 singles/rarities collection The Industrial Evolution shut down Small Factory with an appropriate whimper. Kemp and Summersquash’s Godrays sounded almost exactly like Small Factory with less inspiration. Kemp currently plays in Assassins, while Summersquash appeared as a drummer in Sarah Silverman’s Jesus Is Magic and is the subject of a song by Philly band Scary Monster. Auchenbach has produced bands such as Wheat and Lightning Bolt.