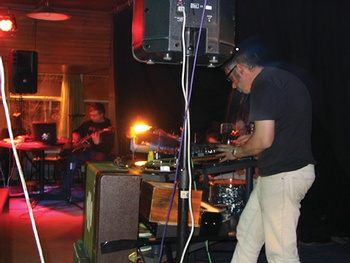 :: THE DEAD C The Operation Of The Sonne // Siltbreeze, 1994
Pity the music fans who discovered noise rock this millennium via Wolf Eyes or a Spin magazine article, as they missed the era when the genre had heart. New Zealand’s Dead C matched ultra-sloppy, Velvet Underground-influenced pop with mournful, buzzing drone rock. The remarkable thing about The Operation Of The Sonne was that it had no dynamic restrictions—until Robbie Yeats’ minimal, marching-band drums kicked in at various points on each of the album’s three tracks. When Operation came out, a joyful-yet-confused “huh?” spread across the indie-rock world. Nothing out there was this disorienting and organically pleasurable at the same time.