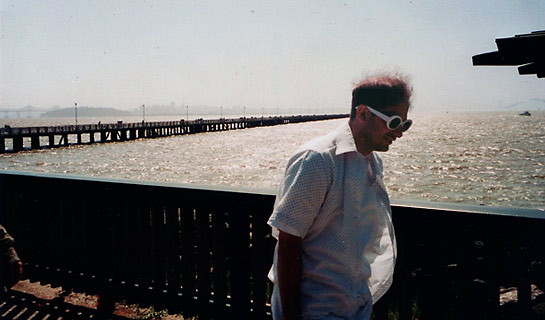 You should hear the collective groan around the MAGNET office whenever the idea of writing a scene-report article is discussed; most bands pay more attention to their MySpace page than their hometown. But geography is a powerful thing, and we have been guilty of chasing its musical meaning, sometimes with success (the Chicago post-rock family tree we published in 1996), sometimes with failure (Texas psych/rock or Norwegian pop scenes, anyone?). But one of the most genuine groundswells was in our own backyard in the late ’90s.

Sounds From Psychedelphia, a 10-band compilation issued in 1999, is the main artifact of that era of Philly sound. On it, you can hear Lenola taking a My Bloody Valentine-like, effects-bent riff and stretch it like taffy; witness the Asteroid #4 delve into neo-Pink Floyd bliss; take in the shimmering guitar-pop heroics of the Photon Band; and hear Aspera Ad Astra imagine what Brian Jones’ own personal orchestra would’ve sounded like. While shape-shifting noise merchants Bardo Pond and jangle-pop outfit Mazarin aren’t present on Psychedelphia (the former was signed to Matador at the time, and the latter debuted afterward), both bands filled in pieces of the local puzzle.

But, predictably, you had to be there. Live, the Asteroid #4 employed a fog machine and a kaleidoscopic light show, while Bardo Pond would stage sit-down performances at art museums and Lenola (which actually hailed from nearby locales in southern New Jersey) cooked up its own visual schemes. “At one show, we wore suits that were covered in Christmas lights and handed out light-refraction glasses to the crowd,” remembers Lenola singer/guitarist Jay Laughlin. “We were plugged into extension cords at our feet. It looked awesome, but (drummer) Sean (Byrne) was getting shocked while we played, so that was a one-off thing.”

Beneath all that onstage window-dressing, Philly’s psych/rock scene was steadfastly DIY, with nearly every band forming its own label to release its albums. There was Lounge (Asteroid #4’s imprint, which issued the Psychedelphia comp), Tappersize (Lenola), File 13 (Aspera Ad Astra) and Colorful Clouds For Acoustics (Azusa Plane). “The DIY thing was out of necessity, really,” says Laughlin. “We sent the albums to every label we knew of and never got a bite.”

No widespread national attention was forthcoming, and Lenola called it a day in 2002; the band’s members now play in Like A Fox and the Twin Atlas. Aspera also disbanded, with members joining Rollerskate Skinny’s Ken Griffin in Favourite Sons. The Asteroid #4 is still around, but 2006 saw an endpoint for Mazarin (a cease-and-desist order was issued by a Long Island bar band of the same name) and a tragic epilogue (the suicide of the Azusa Plane’s Jason DiEmilio; pictured above).

:: THE AZUSA PLANE
America Is Dreaming Of Universal String Theory // Colorful Clouds For Acoustics, 1998
Effectively the solo guise of Jason DiEmilio, the Azusa Plane represented the experimental outer limits of Philadelphia’s otherwise rock- and pop-leaning psych scene. America Is Dreaming was a two-disc symphony of guitar-and-amplifier manipulations, a melodic beehive of sound that never submitted to drone. What John Fahey did for guitar strings (harnessing a miasma of notes and harmonics with godlike grace), DiEmilio did for feedback.

The Lily’s and The Situation were awesome too.

the lilys still ARE awesome!

Bought a few albums on the strength of this comp. – a lost classic indeed. RIP Jason.

I am the proud mother of Jason DiEmilio. I rember at the age of 6 he wanted his first guitar and I bought it for him,and it was all up hill from there what talent,never took a lesson in his short lived life,but he lived his life to the fulliest. I will always rember him in his bedroom practing for hours aftyer hour and became a hero,genius,beautiful human being. I am, proud to say I loved him more than anything in this world,and he left us with his great music. RIP MY BEAUTIFUL SON!!!!!!

Sounds From Psychedelphia is a great artifact. My favorite songs on it are by Transient Waves, Slumber and Intro to India. I have no idea what happen to the members of the first two bands but two of the guys from Intro to India went on to form a favorite shoegaze band of mine called Highspire and now play in the Australian band the Morning After Girls.

I just saw this post. Just a note that the lead vocalist from Slumber is now the singer in a quite popular Philadelphia psychedelic-freak-folk band… And has a very nice solo album too…

[…] of heady pop music—The Azusa Plane, Photon Band, Lenola—that gave the city’s anglophiles (and readers of Magnet Magazine) a reason to believe. As time passes, the era drifts further into obscurity—so much so that the […]

great to see this album still has resonance. truly the moment just before everyting went digital and online and recording was an involved project that required studio time and engineers, but maybe there was something significant to that. some more info: that vocalist for Slumber’s name is Meg Baird and went on to play with Espers before her own 2 albums. She and the drummer, Steve Keller, were probably the most talented musicians in the band. Keller was a freakin’ genius and totally drove the track on this album. He went on to play drums for the Lilly’s and Asteroid number 4 before tragically passing away a few years ago. But perhaps his last effort was the best with HiSoft, who only released a 4 track EP as far as I know. But this rocks. You should look for it.

[…] the early 00s, and before that he was in the dreamy 90s outfit Azusa Plane – back when “Psychedelphia” was the buzzword du jour. Stoltzfus is well-traveled in the musical world, and it was a […]

[…] to remind us how it’s done, to point the way, and to lead us to other luminaries like the psychedelphia scene, of which they were a part, and the kind of bands championed by the great Ptolemiac […]