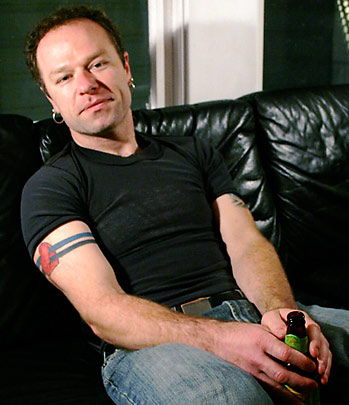 John Wesley Harding: I just finished an advance of The Adderall Diairies: A Memoir Of Moods, Masochism And Murder (out in September), the latest by Stephen Elliott. Having read and loved 2004’s Happy Baby, I assumed that all his writings, novels or not, had a memoir-ish quality to them, but The Adderall Diaries is entirely non-fictional, written in San Francisco at a time when Elliott, writer’s blocked, addicted to Adderall, becomes involved in a murder investigation that captivates the city. Hans Reiser is accused of murdering his estranged wife; Sean Sturgeon, an acquaintance of Elliott’s in the local S&M scene and Reiser’s best friend, confesses to eight unconnected murders. Elliott’s own father also claims, truthfully or not, to have murdered a man. Elliott investigates all three cases, but mainly himself. We’ve read many accounts of wayward sex, drug addiction and life on the edges of society, but this is the first book I can remember where the author was smart enough (it’s easy to be honest) to contextualize his predilections, to make the reader understand why he is how he is, why he lives as he does. The Adderall Diaries will move you, but that’s to say nothing of the gripping courtroom drama and family investigations that play themselves out as Elliott veers between sexual and chemical dependencies. In a move that may be indicative of the current state of publishing but may also be an elegant and generous piece of promotion, Elliott is literally giving the book away. The offer might be done by the time you read this, but here it is. Elliott is also editor of The Rumpus.

2 replies on “From The Desk Of John Wesley Harding: Stephen Elliott’s “The Adderall Diairies””

Thanks for the great review.–Neil Elliott