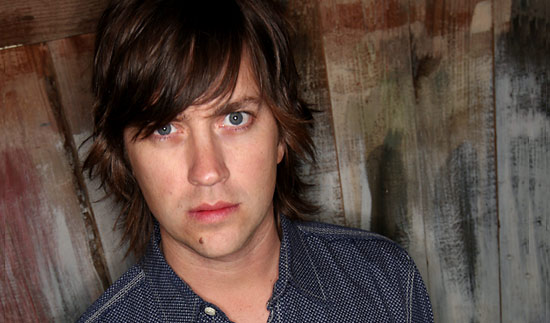 Over the course of a four-album solo career, Old 97’s frontman Rhett Miller has been an instigator (2002’s The Instigator), a believer (2006’s The Believer) and, finally, himself (Rhett Miller is out this week on Shout! Factory Records). Lyrically, his vulnerable (“God give me strength and a good length of rope”) and mischievous (“Last thing I need is another girlfriend/Two’s enough”) sides are on full display, and the album finds Miller at his most Beatlesque, surrounded by a crack band that includes Jon Brion and Apples In Stereo drummer John Dufilho. Miller—and a whole army of friends—will be guest editing magnetmagazine.com all this week. We’ll let the captain explain himself:

MAGNET asked me to guest edit its website. Hmm … That’s on the Interweb, right? And what is that vast web of information good for? Finding out about good stuff. At first, I thought I’d recommend all my favorite stuff. Then I realized I know quite a few people with good taste, and I could not only get them to do my work for me, I could make an even more awesome list of recommendations for you, the reader. I sent out a quick email to a few friends and got a great response. It wasn’t exactly a form letter, but all the letters had this explanation in common: I’d like to make the whole thing a list of tips for readers, point them to some good stuff that they might otherwise miss. My concept is similar to Twitter’s #followfriday. Except that instead of tweets and twitterers, I’d recommend real stuff. Like books, songs, movies, iPhone apps … well, kind of real stuff. But why stop at entertainment? How about cars, parks, caves, airlines, towns, cupcakes? Many of my friends were shockingly unfamiliar with Twitter—what?!?—but they all got the gist and sent me some great ideas that I will pass along to you throughout the week.

I have a recommendation of my own. Here goes: Orson Scott Card. I was never a sci-fi/fantasy guy, but I have gotten sucked into “genre fiction” before. Mostly mysteries and thrillers (John D. MacDonald, holla!), books that pull you along with the promise of a satisfying conclusion wherein justice is served. Since dropping out of college a few (OK, quite a few) years ago, I have alternated between such low-brow fiction and what the smarty-pants contingent calls “literary fiction.” I loves me some David Foster Wallace, Don DeLillo, Paul Auster and Ben Greenman. But when Old 97’s guitarist Ken Bethea gave me a copy of Orson Scott Card 1985 classic Ender’s Game, I approached it with an open mind. I was rewarded with a great book, a sci-fi Catcher In The Rye. It’s the story of young Ender Wiggins as he comes of age aboard on off-Earth space station called Battle School, which is just that, a school where kids are taught to wage war. And Ender is gifted. This is a theme in Card’s work: god’s gifts and the difficulties they create in the lives of the folks upon whom they are bestowed. After Ender’s Game, I was hooked. Turns out there is a whole series about Ender. And then a companion series about Ender’s classmate, Bean. I blazed through both. And I didn’t stop there. Card has a huge catalog of releases. I haven’t read them all, but I’ve read most of them, and not one has disappointed me. In fact, many of his books and series surpass the Ender books for scope and depth. Right now, I am in the middle of the fifth and final volume of the Homecoming series. And while I sometimes overdose on his style after five or six consecutive novels in a short span, I keep coming back. His books deal with complex moral and ethical questions. They span generations and worlds. They speak to me as a human, as a sentient being who wonders at and about the ride we are all taking through this life. I can feel his books making me a better person. Pretty good for “genre fiction”!

What follows throughout the week are my friends’ recommendations. With an accompanying intro for each by me. Enjoy.

“I Need To Know Where I Stand” (download):
https://magnetmagazine.com/audio/INeedToKnowWhereIStand.mp3

4 replies on “From The Desk Of Rhett Miller”

Am I crazy or does Miller look lik Eminem?

You’re crazy. He has way better hair.
Props on the new album though, man. Solo tour, what? Make sure you come to Pittsburgh. 🙂 You know we <3 you here.
And RIP David Foster Wallace. I never knew you were a fan.

[…] #3 I found out while virtually stalking Rhett Miller: He is doing a guest thing over at Magnet Magazine this week. Warning: extremely charming Texan. He actually says “…holla!” […]