We asked Old 97’s frontman Rhett Miller to guest edit magnetmagazine.com this week, and he pawned it off on a bunch of his famous friends: other musicians, actors, writers and comedians. Well played, Rhett. But you can’t hide behind a self-titled solo album. Rhett Miller (Shout! Factory), a Beatlesque beauty featuring Jon Brion, is out this week. 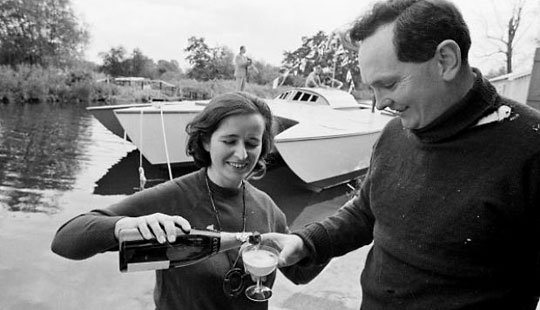 Clark Vogeler plays guitar in the Toadies. He is also an Emmy-winning TV editor. And my former roommate. He likes pizza—a lot. Clark Vogeler recommends:

Deep Water
The documentary Deep Water—about a 1968 one-man-per-yacht, non-stop race around the world—is the most gripping film I’ve seen in years. I’m talking 10 months in a boat, traveling through some of the most dangerous, storm-ridden oceans in the world, alone. It’s man vs. nature, it’s man vs. man, and ultimately in this film, it’s man vs. himself. Told through clips from the vast BBC archive of coverage of the race and interviews with people involved, this well-told story will no doubt haunt you for a good long stint after viewing. Watch the trailer.

La Blogotheque
The moment I discovered La Blogotheque, traditional music videos instantly became obsolete. Vincent Moon, a French man with a camera, a great eye and lots of indie-rock connections, takes your favorite band to interesting locations and films them playing a few songs live, in often simplified instrumentations. I feel like I learn way more about the artists involved than I would in any music video. Here are some favorites: Bon Iver, Arcade Fire and Grizzly Bear.