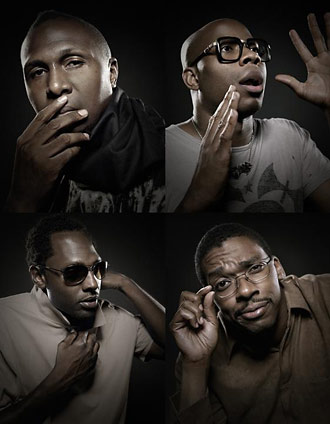 Today’s update concerns Anti-Pop Consortium, Radiohead’s favorite hip-hop group circa Kid A. Though we mentioned the reunion and impending release of new album Fluorescent Black in our Lost Classics entry, it’s now been officially confirmed and given a release date: October 13 on Big Dada. Because MAGNET loves you and wants you to be happy—even if part of that happiness was once due to the zeitgeist of intelligent hip hop paired with glitchy electronica circa your Autechre phase, but we digress—here’s a free download of a track from the album.