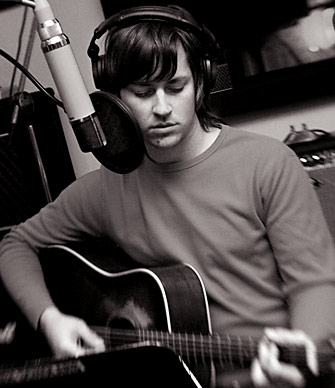 Hey, remember last week? That’s when Old 97’s frontman Rhett Miller guest edited magnetmagazine.com—or, rather, his posse of famous actors, artists, musicians and writers did his dirty work for him. It was quite an onslaught of celebrity posting, and we wanted to take just a moment to rehash some of the highlights:

Since it was posted, not a day has gone by that we haven’t uttered the phrase, “It fucks your mouth with flavor.” Thanks, Greg Behrendt, author of He’s Just Not That Into You.

Lisa Loeb was not lying about that peanut butter. It fucks your mouth with flavor.

Nathan Fillion, star of ABC’s Castle, you are an angry man. We like this anger. We’re from Philadelphia, you know.

And who could forget High Fidelity/About A Boy author Nick Hornby discovering MAGNET faves Crooked Fingers? Oh, Mr. Hornby. We have so much to talk about.

Go on back and check out the rest of the posts by Rhett Miller’s entourage. His self-titled solo album is out now. And while you’re back there, check out Jon Wurster’s A.C. Newman tour diary.