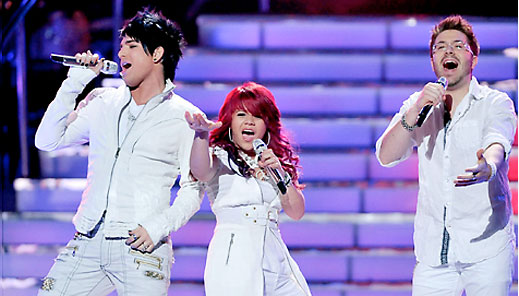 Sir Mix-A-Lot: Let me start by saying, ain’t no hatin’ in me, but when the country that gave us Aretha, James, Marvin, Jimmy, Janis, Otis, Motown, Stax, hip hop and rock ‘n’ roll starts sending a message that the best talent is the person who can best sing someone else’s song, something is fucked. Karaoke is fun to watch, but take a stroll through YouTube and type in “James Brown Sammy Davis” and watch James Brown run through a 10-minute medley of his own songs on a Sammy Davis special. Surely he would have lost on American Idol, but without a five-octave voice, dimples and a cute smile, James Brown left a mark on the game far beyond most of the perfect-singing, souless, pop icons out there.

sir mix a lot is a wise man, tom waits probably would get ousted off american idol in the early rounds too

You know why? Because it’s a singing competition. Waits may be a great songwriter (eh), but he can’t sing for shit.