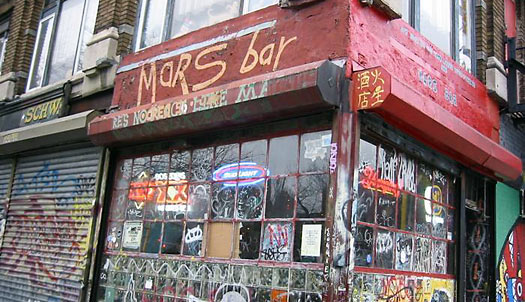 Moby: Marz Bar, at First Street and Second Avenue, is the best bar in NYC, especially if you want to drink with methadone addicts and homeless people fresh from supermax prisons.