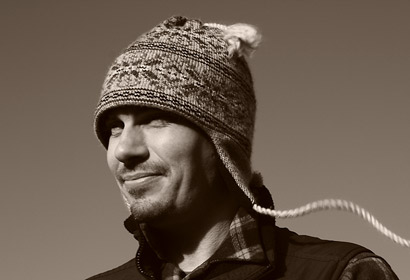 While writing his latest self-released album, In Case The Comet Comes, Santa Cruz, Calif.’s Reed KD spent the better of the last two years traveling the country and living out of a Volkswagen bus (a Vanagon, actually). The open highway can be a terrific muse: “Winding Roads” is about life on the move, featuring Reed’s light and airy guitar fingerpicking and hypnotic singing; it’s like the supremely chilled-out Elliott Smith song that never was. In Case The Comet Comes was released last month.