As far as solo debuts go, Alec Ounsworth‘s Mo Beauty (Anti-) is impressive. The Philadelphia-based Clap Your Hands Say Yeah frontman travelled to New Orleans to record the album with producer Steve Berlin (Los Lobos) and a host of the city’s notable musicians, including bassist George Porter, Jr. (Meters), drummer Stanton Moore and keyboardist Robert Walter (Greyboy Allstars). The result is a mature, confident, 10-song collection that Ounsworth had only hinted at being capable of with his work in Clap Your Hands. He also has a second solo album, Skin And Bones (credited to Flashy Python and available online only), that features members of the Walkmen, Dr. Dog and Man Man. While all this new music is good for Clap Your Hands fans, you get the impression that the band (now on hiatus) is no longer a priority for Ounsworth, who became a father last year and is enjoying family life at home. Ounsworth is guest editing magnetmagazine.com all week. Read our Q&A with him. 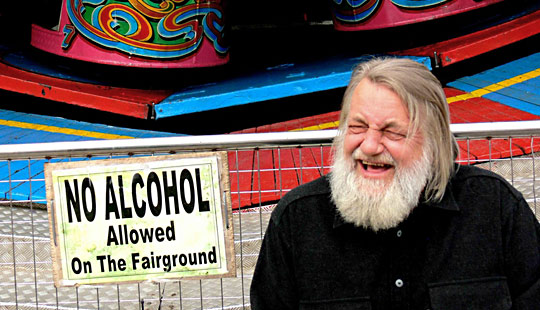 Ounsworth: I am writing this in and, in a way, about my dining room. Robert Wyatt‘s Rock Bottom is on the dining-room table. At the museum, I am reminded of the “why?” and “for whom?” Who reminds me? Twombly, Rauschenberg, Chagall, Nuzi. How? I don’t know. They are helpful to me. This is how I feel listening to the work of Robert Wyatt. Which album? All of them.