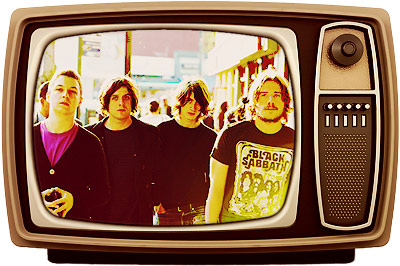 The Tonight Show With Conan O’Brien (NBC): Tegan & Sara
Twin-sister musical duo Tegan & Sara will be performing on Conan tonight in support of new LP Sainthood. The two are heading overseas for a month and will then return for an extensive North American tour.

Late Night With Jimmy Fallon (NBC): Say Anything
Fallon will host Say Anything tonight as the band promotes the release of its self-titled album, due out tomorrow. New single “Hate Everyone” may be on the agenda for tonight’s performance.

Last Call With Carson Daly (NBC): Arctic Monkeys
Rerun from October 1. Carson will host Arctic Monkeys tonight as they promote new album Humbugand wind down their North American tour to share their music with the rest of the world, starting with Japan.