As 2009 comes to an end, we are taking a look back at some of our favorite posts of the year by our guest editors. Today’s entry is from July 2. Here, Moby urges readers to see Les Paul play one of the guitar legend’s weekly shows in New York City. The 94-year-old Paul died the next month. 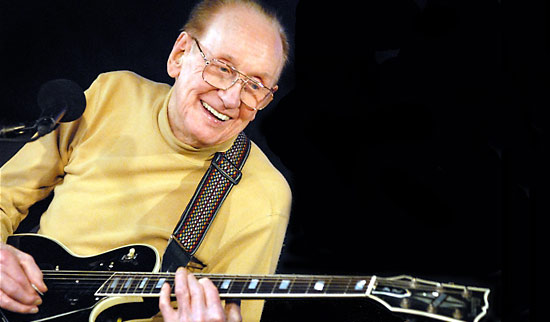 Moby: Seriously, one man who invented the electric guitar and multi-track recording technology and the most iconic guitar ever made? He still plays live every week in NYC. Go see Les Paul soon. Please.