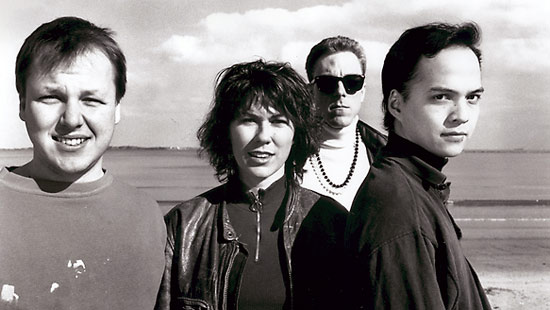 Alexakis: I was living in San Francisco in 1989 and working an office job downtown. Married to my first wife Anita and really depressed all the time. I wasn’t in a band because Anita wanted me to let the dream go (lol). So I’m walking downtown and see in the window of a record store that the new Pixies album is in. I had become a big fan of their first album, Surfer Rosa, so I bought the cassette and popped it in my Walkman and headed back to work. I was so overwhelmed by the first song that I went to a pay phone and called in sick to work. I got on a city bus to go home and ended up staying on the bus for three hours until my batteries died. I went home and told my wife that, like it or not, I was going to get into a band. I felt like I had no choice in the matter. I was so inspired by Doolittle‘s sound and originality that I couldn’t ignore the voice inside saying this is what I was meant to do. Video after the jump.