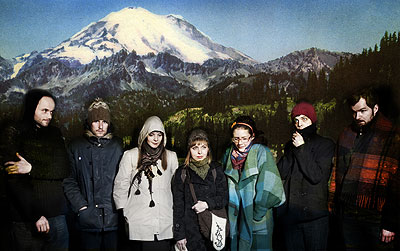 If you like Fleet Foxes, Sufjan Stevens and pretty much anything that comes out of Iceland, then prepare to fall in love with this new single from seven-piece indie-folk outfit Seabear. “Lion Face Boy” is off the Icelandic band’s sophomore album, We Built A Fire (Morr Music), which will be released in March. Its U.S. touring debut (including performances at SXSW) will follow.