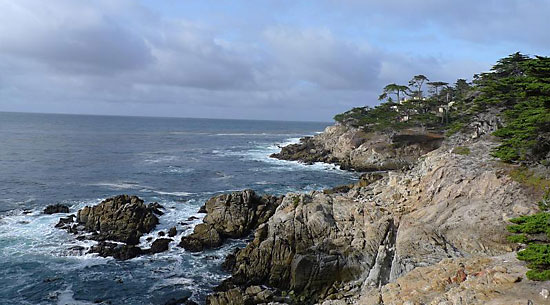 Phillips: California’s 17-Mile Drive is one of the most beautiful and mysterious places. The only problem is there is a lot of golf around here. Maybe you like golf. I once met Mary Morse, whose dad developed the Pebble Beach Golf Links. I loved hearing her talk about running around the beach when she was a little girl. Ignore the golf and visit the rocks where a lone gentleman built a little hut to live in. Video after the jump.

I have lived in California. I love California.. I had a 2 seat convertible fiat several years ago and drove the entire coast of California camping where I could. It was a incredible experience,and I might add if you are going to do a road trip in California,the open top small sports car is the only way to go.