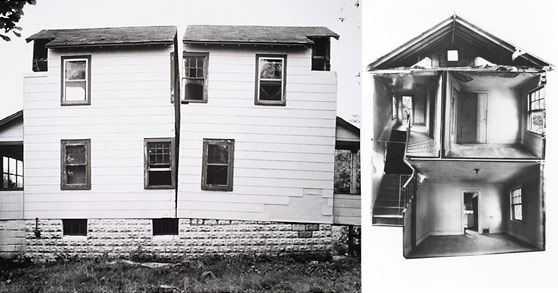 Phillips: I think Gordon Matta-Clark was arrested for cutting big shapes out of condemned buildings. There are some recordings I’d like to cut some holes in … but that’s not the only reason I like his amazing work. I have often wished I could arrange for the roof of a club or theater to open up while I’m singing to let the sky in. There are books of his building sculptures and pieces of them that have shown up at museums. He had an amazing ability to see art and beauty in unlikely places. Video after the jump.