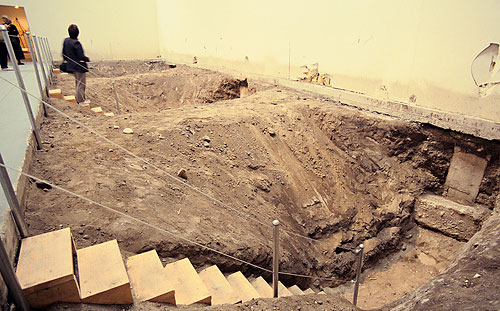 Phillips: Chris Burden dug three large trenches in one corner of the Museum Of Contemporary Art in Los Angeles, exposing the dirt and rock underneath the modern museum floor. Underneath the posturing and pretense of the art world, underneath our amazing ability to create art, these trenches looked like beautiful altars where one could contemplate spirituality, sensuality, art or dirt! Video after the jump.

One reply on “Sam Phillips’ Fan Dance: Chris Burden’s “Exposing The Foundation Of The Museum””

“one could contemplate spirituality, sensuality, art or dirt! ” You want to go there and make some mud pies, admit it Sam. 🙂