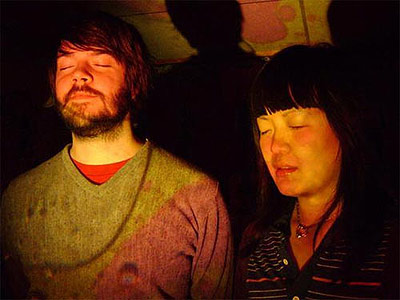 Off Eternal Summers‘ eponymous EP (out now on Chimney Sweep), “Able To” is a deceptively simple psych/punk single from the Virginia two-piece. With a nod to late-’70s British post-punk and American lo-fi, frontwoman Nicole Yun and drummer Daniel Cundiff successfully blend the timelessness of four-on-the-floor rhythm with modern wistfulness, creating a textured atmosphere on “Able To” not easily developed in a mere two minutes. The song is youthful without feeling contrived and intelligent without losing its sense of wonder—an appropriate opening salvo for a band whose name simultaneously infers longevity and blithe, carefree recess. The self-titled EP has been released through online retailers and on limited-edition 10-inch vinyl.