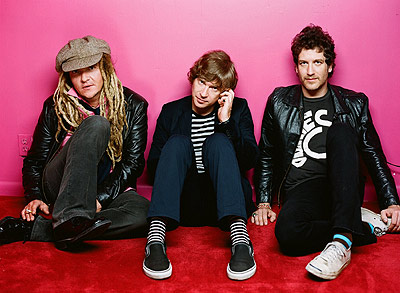 Nada Surf’s sixth full-length, If I Had A Hi-Fi, is a covers album featuring the New York band’s take on 12 of its favorite songs, including Bill Fox’s “Electrocution,” which you can download below. Right now, the album will only be available for purchase at shows while the trio is on its spring tour of North America and Europe, culminating in a performance at the Sasquatch! Music Festival. Then it will be officially released June 8 via the band’s label, Mardev Records. Read our 2005 Nada Surf feature.