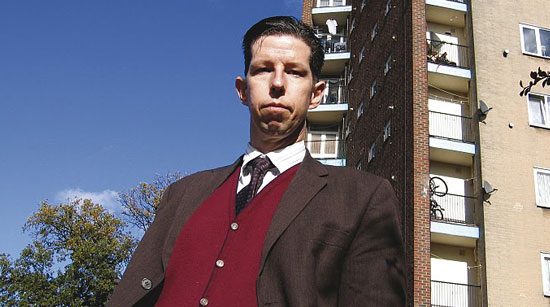 Gedge: I saw loads of great concerts in 2009, not least of which were Dick Dale on the Santa Monica Pier and My Bloody Valentine in Barcelona. But one of my favourites was seeing Darren Hayman play at a club where I was DJing in Düsseldorf, Germany. It wasn’t a tiny place, but Darren decided to unplug his ukulele and step away from the microphone. For most people, this would have been daunting (and I do suspect it was for Darren, though I think he was helped along by the many glasses of white wine he’d consumed before the gig), but his personality filled the room without amplification. He’s extremely unassuming, but then he blows you away with his humorous and clever lyrics and amazing storytelling ability. I believe he is one of the great lyricists of our time.

I couldn’t agree more with David Gedge. Darren is amazing at this kind of thing. Here is a youtube link to prove it: