While the BoDeans have built a loyal fan base over the course of the 24 years since the release of their T Bone Burnett-produced debut, Love & Hope & Sex & Dreams, the duo—Kurt Neumann and Sam Llanas—is best known as the band whose “Closer To Free” became the theme song to ’90s TV show Party Of Five. But the BoDeans are fine with that and instead focus on making the kind of music they want to, then bringing it to their devoted followers. New album Mr. Sad Clown (429) features more of the duo’s trademark roots-based rock and intricate vocal harmonies. Neumann will be guest editing magnetmagazine.com all week. Read our new Q&A with him. 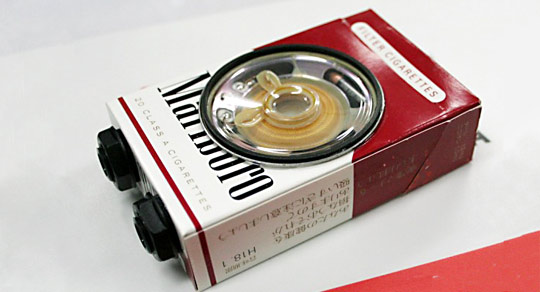 Neumann: I have to come into the house from my studio by around 8:30 p.m. By then it’s bed time, which as any parent knows is also breakdown time. And, of course, the only way to avoid the utter and total chaos of over-tired child breakdown is for the law of the land to come in and lay it down. However, over time I’ve found that instead of storming in and buying into any infighting, my preferred method is more subtle. I come in with my Strat and plug into my little Smokey Amp and start playing. The amp is a tiny little device the size of a cigarette box (literally) with a small little speaker built in. It runs on a nine-volt battery and puts out just enough volume for the kids to take notice. The kids talk some about their day or the next day, and within half an hour, they are out to sleep. I can’t say for sure what it is about the process that puts them to sleep. Like maybe it’s aligning alpha waves or something. Or it soothes them to know I’m there with them. I don’t know. But I know that the little Smokey Amp puts them down every time.