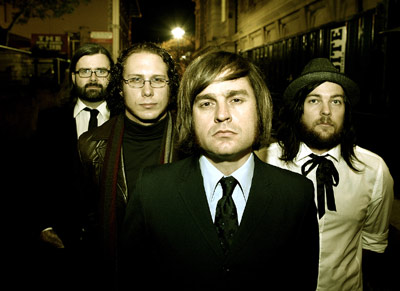 Grand Atlantic doesn’t sound like it’s trying to impress at some showcase for record-company A&R people. Although frontman Phil Usher channels the same kind of late-’60s cool as Anton Newcombe, he shares none of the Brian Jonestown Massacre leader’s insane pretensions. Instead, Usher injects his songs with empathy and self-doubt. Grand Atlantic is more like the band you stumble across playing at a party thrown by a friend of a friend. “Coast Is Clear,” which opens How We Survive (Laughing Outlaw), is a heavy bit of Catherine Wheel-style stadium shoegaze that meets its guitar-overdub and painkiller-softened-vocals quota. And here are two bonus mp3s: album track “She’s A Dreamer” and a cover of Big Star’s “September Gurls.”