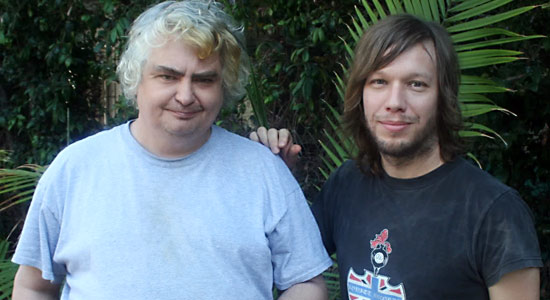 Falkner: I recently had the pleasure of producing Daniel Johnston‘s latest record, Is And Always Was, and though I was a fan of his early-’80s cassette output, I honestly hadn’t kept up with him throughout most of the ’90s to the present. I am amazed at his constant and seemingly unconscious need to create. He has volumes of songs in his bulging notebook, and I suspect there are quite a few of these notebooks laying around. He naturally walks the tricky line of childlike innocence and wisdom that so many others attempt but end up falling into their pool of pretension. He is a true artist.