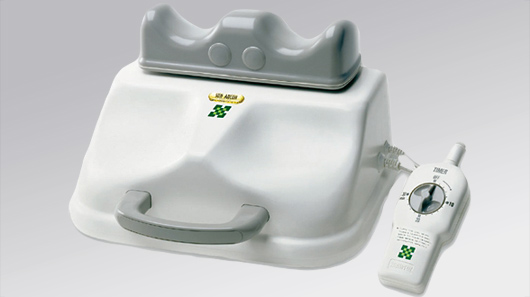 Roberts: I just bought this thing called a Chi Machine. You lie down and put your feet on it. When you turn it on, it gently vibrates your body, as it gets your whole spine into a nice rhythm. When it stops, you feel amazing. Great for bad backs. My back gets very sore from playing guitar, so it was brilliant to come home to. My back cracked loudly and beautifully, and all of my pinched nerves were released. It’s like doing exercise without exerting yourself. It not only helps your back, it also massages your organs, oxygenates your blood, loosens phlegm: a must-have for everyone who has a long day. And who doesn’t have a long day?

One reply on “From The Desk Of Crash Test Dummies’ Brad Roberts: The Chi Machine”