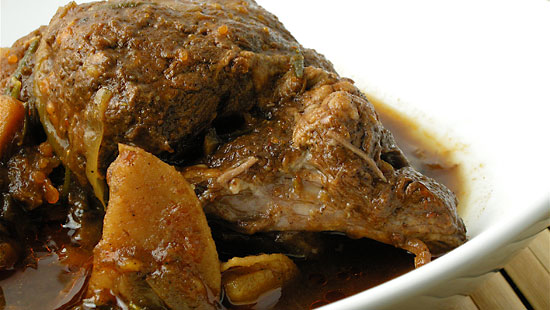 Roberts: I like to cook, but I especially like to find easy ways to make our meals. For me, discovering the idea of slow cooking cheap cuts of meat was like an epiphany. Here’s what I’ve been doing lately. In the morning, I put a chuck roast in a pot, pour in one cup of water into it and set the stove to low. When I come home in the evening, the meat falls off of the bone. This, a salad, maybe a shared baguette and voila: dinner fit for a king. (One day I shall conquer the baking of the baguette, but for now, my local bakery will have to do.) In the meantime, here is a dead easy salad recipe, which looks great and tastes exotic and the prep time is about three minutes:
Put mixed greens into a bowl.
Add olive oil, fig vinegar and a bit of parmesan.
Done.

I prefer to rip my baguettes rather than neatly slice them. It makes me feel manly, just as I do when I open up a stubborn jar of pickles for my wife. But go ahead, folks, slice the bread. Hell, have your cake and eat it, too!