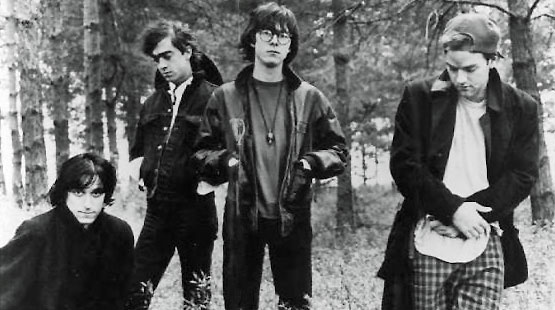 In celebration of the 25th anniversary of R.E.M.’s Fables Of The Reconstruction, Capitol/I.R.S. is issuing expanded two-CD and digital editions of the album on July 13, featuring the digitally remastered original work plus 14 previously unreleased demo recordings. In other R.E.M. news, the band just completed the second phase of recording the follow-up to Accelerate. Once again, the group is working with producer Jacknife Lee; the album is due next year … On August 24, eels are self-releasing Tomorrow Morning, the final installment of their album trilogy consisting also of Hombre Lobo and End Times. The band is kicking off a world tour starting August 3 … Vampire Weekend has announced the dates for its North American tour this fall, which will feature support from Beach House and Dum Dum Girls … My Morning Jacket’s Yim Yames is joining up with Daniel Martin Moore and Ben Sollee to play nine shows this July. The Appalachian Voices Tour will raise public awareness of the devastation caused by Mountaintop Removal coal mining, with a portion of the proceeds going to Appalachian Voices, an organization dedicated to ending the practice. Download “Something, Somewhere, Sometime” … Following that tour, Yames is returning to My Morning Jacket to play several U.S. dates in August, including an appearance at the Mile High Festival and several supporting slots for Tom Petty & The Heartbreakers … The “Games Without Frontiers” Remix Contest has just been launched, in which fans can enter their interpretation of the classic Peter Gabriel track to win a trip to London for a session at Gabriel’s Real World Studios and have their remix released as an official digital single on iTunes … Former MAGNET guest editors the Whigs are embarking on a three-month tour this summer, which includes a headlining run and opening slots for Kings Of Leon, the Hold Steady and the Black Keys. Download “Dying” … On July 6, Au Revoir Simone is self-releasing a remix album based on 2009’s Still Night Still Light. Night Light will feature remixes by artists such as Neon Indian, Jens Lekman, Angel Deradoorian, Tanlines and more. The girls are also currently on a tour of Europe and North America … Plain Recordings is reissuing the late Vic Chesnutt’s 1996 major-label debut, About To Choke, on June 15 … Bert Jansch just kicked off a tour with Neil Young and will play several West Coast solo shows with Young’s wife Pegi afterward. Jansch is also appearing at Eric Clapton’s prestigious Crossroads Guitar Festival on June 26 … Please Don’t Tell Me How The Story Ends: The Publishing Demos 1968-72 (Light In The Attic) is a compilation of the early demos by Kris Kristofferson and is available for order now. The legendary songwriter is touring the U.S. and Europe starting next month … Junip, featuring José González, has released the Rope And Summit EP for free download. Plus, the band is touring North America and Europe this summer … Squeeze re-recorded 14 of its classic hits for Spot The Difference, which is out on August 3 via Anchor And Hope Music. In July, the band will tour the U.S. with Cheap Trick and the English Beat … Also out on August 3 is Tin Can Trust (Shout! Factory), the new studio album from Los Lobos … Isis has officially called it quits and will play its final string of dates starting later this month.

Band of Horses’ “Infinite Arms” is out now! So, if you wanna give it a listen before you go out and buy it, listen here: http://stream.bandofhorses.com/