There comes a time when nothing else but a brain-hammering session with Pussy Galore‘s 1989 album Dial M For Motherfucker will do. And not just to clear the house of your so-called friends who’ve been sloshing cheap wine on your expensive new carpet all night. (Although it might work for that, too.) Jon Spencer, the man who shocked and awed the world with the noisiest band in the history of rock ‘n’ roll, went on to form three more exhilarating combos: Boss Hog (with his wife Cristina Martinez), Heavy Trash (his most recent band) and, of course, the stunning Blues Explosion, whose recent career-spanning compendium, Dirty Shirt Rock ‘N’ Roll (Majordomo), tells you plenty about the DNA of the man in charge. (The label is reissuing expanded versions of out-of-print Blues Explosion albums Now I Got Worry and Controversial Negro this week.) Spencer is guest editing magnetmagazine.com all week. Read our Q&A with him. 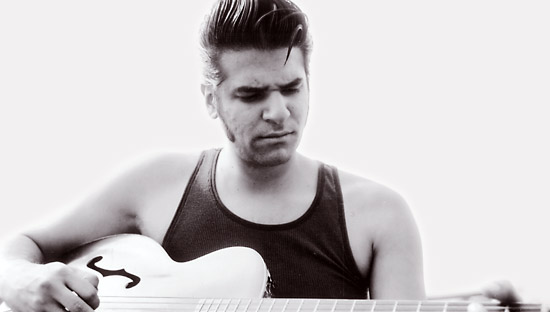 Spencer: I really like this Canadian artist that Heavy Trash has toured with a lot who calls himself Bloodshot Bill. He’s from Montreal and he’s a one-man band who plays rockabilly. He’s probably one of the only modern-day rockabilly artists I can stand. So many people don’t understand this beautiful music, rockabilly. They want to make it more like heavy metal. But Bill has a really great feel for the music and has a lot of Charlie Feathers in him. Unfortunately, he’s currently banned for five years from the United States. He was caught crossing the border without the appropriate papers. Bad news for Americans.