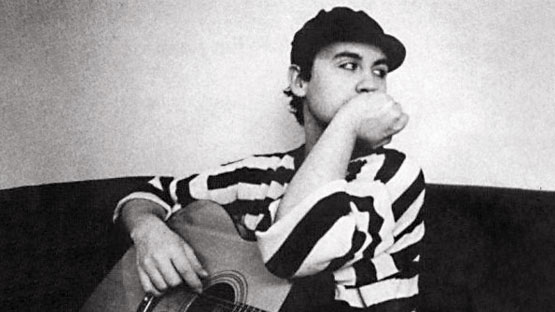 Peter: Television Personalities are a British cult band that started in the late ’70s and was formed around singer/songwriter Dan Treacy. First album …And Don’t The Kids Just Love It from 1981 is still a classic, with timeless pop songs, delivered with an almost naïve freshness. Every song on it is a standard sing-along; “I Know Where Syd Barrett Lives” even became a small hit in the Netherlands. 1982 follow-up Mummy Your Not Watching Me showed a more reverb-drenched psychedelic approach but still with catchy songs. With 1984’s The Painted Word came political awareness; Treacy was sickened by the Thatcher regime and the Falkland war. He kept on making records with changing band members, and every now and then there is a pearl of a song to be discovered. I don’t want to go into the personal problems of Treacy with jail, drink and drugs, but I just want to remember and enjoy the great songs of a great songwriter.