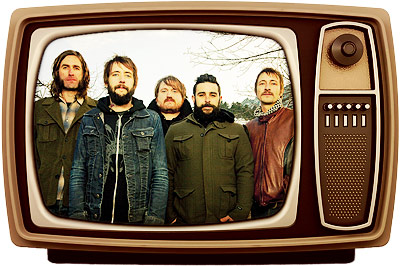 The Late Show With David Letterman (CBS): OK Go
Rerun from April 28. OK Go performed “This Too Shall Pass” from newest album Of The Blue Colour Of The Sky.