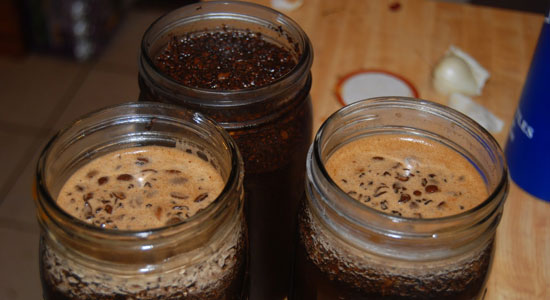 Edward: My good friend Chris Deaner introduced me to cold-brewed coffee, probably the best discovery I’ve made in the past five years. Probably everyone knows about this now, but in case you don’t, this recipe will change your life: You take a French press, put in some ground coffee (about 50 percent more than normal), add cold water and stick it in the fridge at night. The next morning you have the creamiest, smoothest iced coffee you’ve ever tasted. How does it brew without hot water? How does it get creamy? I really have no idea!