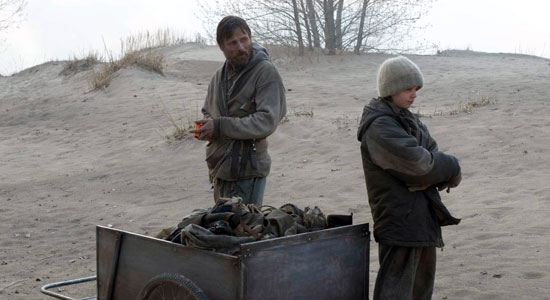 Fontaine: The Road is the post-apocalyptic movie adaptation of Cormac McCarthy’s novel of the same name, and I’m certain the novel is much better than the movie. But who has the time to read anymore? This movie wouldn’t leave my mind for an entire week and is still lingering. It is an emotionally harrowing film about a father and son trying to find their way to a warmer climate after an unknown event happens, leaving most of the human race dead. The earth is barren, covered in ash, and they are starving. It is dark and terrifying, but offers a bit of hope in the father’s strength and will to keep his son alive. And who doesn’t love Viggo Mortensen? Definitely not a feel-good movie, but since Richard is obsessed with the apocalypse, this seemed appropriate to mention.

One reply on “The Spell Versus Is Under: “The Road””

Seldom if ever do we get a chance to read about Versus!! Good reading here and brilliant rocking too : On the ones and threes has the best out of the blue, unhip, cicadical songs but the album is also terrific as a whole. Keep contrary !