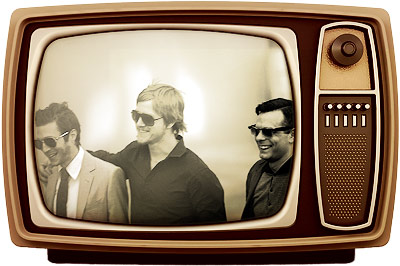 Last Call With Carson Daly (NBC): OK Go
Rerun from May 25. OK Go were promoting Of The Blue Colour Of The Sky.