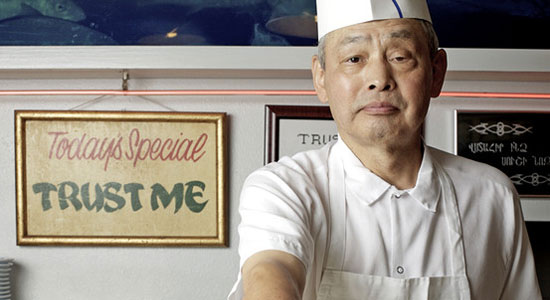 Johnny: Nozawa is like some kind of monastery with atrocious lighting. I go by myself, and my meal lasts about 25 minutes. Nozawa is satisfied with his little space, doesn’t want to expand and lose quality, and he has, in my opinion, achieved perfection in his field.